Round table donation for exile Tibetans

Lama Tendar reported in Amberg of the plight of the refugees living in India. The association „Licht für Tibet“ wants to help.

One of the spiritual leaders of the exile Tibetan, Lama Tendar, told the members of Round Table (RT) 69 Amberg about the plight of Indian-born refugees from his homeland. The club members spontaneously decided to support the association “ Licht für Tibet e.V.“ based in Sulzbach-Rosenberg with 1000 Euro.

The association “ Licht für Tibet e.V.“ supports Tibetans living in Indian exile. Every year, especially children and youngsters flee from Tibet over the snowy passes of the Himalayas to India. There, however, they are exposed to difficult conditions, for example they have to bear the majority of the costs for medical treatment themselves. In addition, they have no secure future in Hindu India, because for them it is difficult to find work and no money is available for attending schools or training centers. Therefore, „Licht für Tibet“ is trying to help them in their new beginning in exile. The association also provides sponsorships for monks, nuns, needy families or children. In addition, not only young people need support, but also the elderly and the sick, whose families live in great poverty.

Dr. Andrea Winkler-Wilfurth from the foundation of the same name, together with Round Table Member Martin Asmus, arranged a visit of Lama Tendar. According to him currently about 150,000 compatriots are living in India. Lama Tendar was brought to India as a small child by his mother from the Kham region in Tibet via the Himalayas. In Buthan he graduated from the University of Stupa Construction there. In Darjeeling, he received training in Tibetan Buddhist philosophy. He is an important teacher of Tibetan Buddhism.

Round Table Amberg not only donated, but they also try to mobilize and encourage the Indian Round Table Clubs to actively support the heartly project of Lama Tendar in India as well. 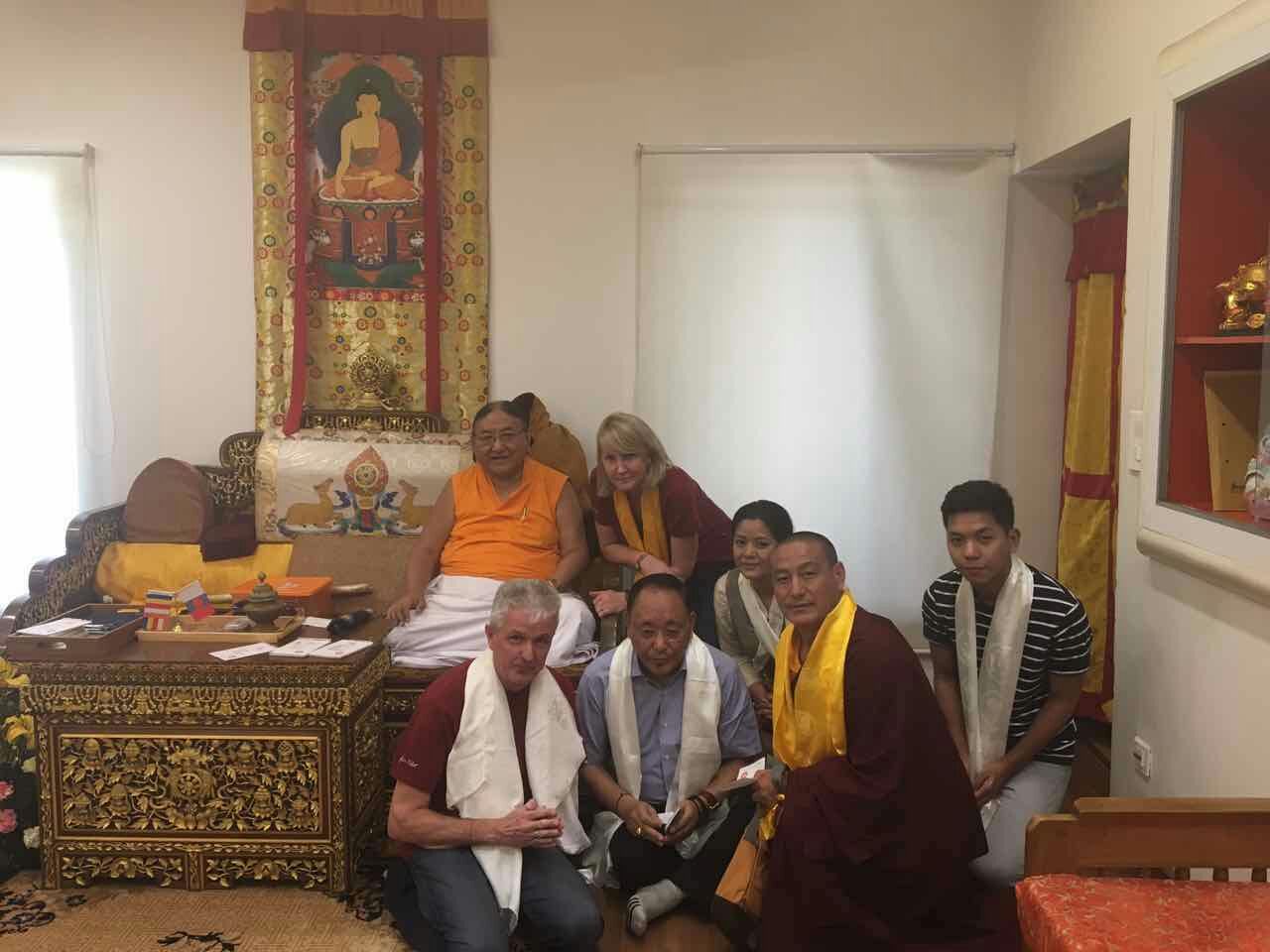